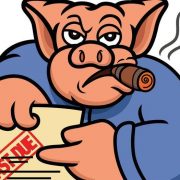 If you’re here, it’s mostly likely because Mariner Finance sued you. We may be able to help. We’ll evaluate your case at no cost to you. Specifically, we will look for counterclaims you may have against Mariner Finance for violations of the Kentucky Consumer Protection Act (“KCPA”), the Federal Truth in Lending Act (“TILA”), and other state and federal laws. If you have a viable counterclaim, we can represent you at no costs.

Mariner Finance is not regulated by the federal government. It is not subject to over by the Federal Trade Commission (“FTC”) of the Consumer Financial Protection Bureau (“CFPB”). (Though, there are over 560 complaints about Mariner Finance registered on the CFPB complaint data base.) Rather, regulation is left to the states. In Kentucky that means Kentucky’s Consumer Loan Company Statutes and the KCPA.

The Washington Post recently did a scathing expose of Mariner Finance. The article explains that Mariner Finance is predatory lender that exploits the poor and the desperate:

“It’s basically a way of monetizing poor people,” said John Lafferty, who was a manager trainee at a Mariner Finance branch for four months in 2015 in Nashville. His misgivings about the business echoed those of other former employees contacted by The Washington Post. “Maybe at the beginning, people thought these loans could help people pay their electric bill. But it has become a cash cow.”

The article goes on to explain:

The market for “consumer installment loans,” which Mariner and its competitors serve, has grown rapidly in recent years, particularly as new federal regulations have curtailed payday lending, according to the Center for Financial Services Innovation, a nonprofit research group. Private equity firms, with billions to invest, have taken significant stakes in the growing field.

Mariner Finance is owned and managed by a $11.2 billion private equity fund controlled by Warburg Pincus, a storied New York firm. The president of Warburg Pincus is Timothy F. Geithner, who, as treasury secretary in the Obama administration, condemned predatory lenders. The firm’s co-chief executives, Charles R. Kaye and Joseph P. Landy, are established figures in New York’s financial world. The minimum investment in the fund is $20 million.

We have defended hundreds of Kentuckians who have fallen prey to Mariner Finance. If we can, we’d like to help you to. Please call or email us as soon as possible to see if we can help you too.

Tweets by @LawsonatLaw
An Unconstitutional Statute that Refuses to Die

Is Service Financial Co. Suing You?
Scroll to top