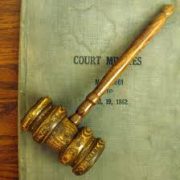 Despite the severe consequences of unpaid judgments and tax liens on credit reports and the ill effects on a consumer’s ability to obtain credit, the Credit Reporting Agencies have a demonstrated pattern and practice of failing to update consumer credit reports to reflect that judgements and tax liens have been satisfied and paid. This is a particular problem for Equifax and Trans Union. In fact, both Equifax and Trans Union recently resolved class actions against them in Virginia over this very issue. Equifax paid three million dollars[5] to settle and Trans Union paid over 1.4 million dollars to settle.[6]

False information as to the status of judgments on your credit report could be hurting your credit score and your ability to get credit. If you suspect that this might be happening to you, please call or email  us today for a free credit report analysis and review.

[5]https://topclassactions.com/lawsuit-settlements/lawsuit-news/256019-equifax-reaches-settlement-in-fcra-class-action-lawsuit/ (“Equifax agreed to a $3 million class action settlement that would resolve claims that the company violated the Fair Credit Reporting Act. As part of the settlement, Equifax will remove any judgments from Virginia state court from its consumer database.”)

[6] https://topclassactions.com/lawsuit-settlements/lawsuit-news/10036-trans-union-reaches-class-action-settlement-inaccurate-credit-reports/ (“Trans Union, LLC has agreed to pay up to $1.4 million to consumers who obtained a credit report with incorrect information that may have impacted their financial options as part of a class action lawsuit settlement.”)

Tweets by @LawsonatLaw
PRA Garnishing your pay or your bank account?

Has Unifund Garnished you? We can help you fight back.
Scroll to top