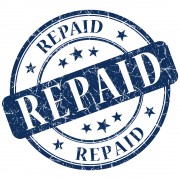 The below is general information only. The information is not legal advice, and should not be treated as such and is subject to the legal disclaimer.

When it comes to your credit report, debts are not forever. Under the FCRA, debts are removed after a certain time period. The time period differs depending on the type of debt.

“Re-aging” a debt is the practice of changing the beginning of time period from which the above time periods begin to run. This happens most frequently in connection with accounts placed for collection.

Debt collectors will sometimes flat out lie about the date on which the time period starts or deceptively report the opening of an account in such a way as to confuse the start date. Debt collectors may also coerce a small payment from a consumer and claim that this re-started the time running for elimination of the debt from the consumer’s credit report. Because the payment does not eliminate the delinquency, this does not restart the time running according the FTC. This type of debt re-aging violated the FCRA and FDCPA.