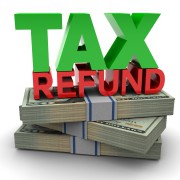 For the 14th consecutive year, identity theft was the top consumer complaint made to the FTC. Of these complaints, one tpe stood out for me: tax-refund id theft. I’d never heard of this one, but this seems to be a serious problem on the rise. As explained by the FTC:

The Treasury Inspector General for Tax Administration found another 1.1 million suspected fraudulent returns that the IRS missed in 2011 alone – which resulted in $3.6 billion in apparent fraudulently-issued refunds. They also identified 174,000 Social Security numbers that were used on multiple tax returns in 2011, resulting in $183 million being paid out to identity thieves who filed fake returns before legitimate taxpayers got around to it. The most targeted Americans don’t even seem to know it – people whose income doesn’t appear to necessitate filing returns are most at risk, followed by students ages 16-22.

Ask any expert what the easiest way to avoid being a victim of this crime is, and you’ll get the same answer: File as early as possible. Once you file your return, it doesn’t matter what information an identity thief has on you – he or she can’t file in your name and collect your return.

So if you haven’t gotten your refund yet, you may want to check on that. If you haven’r filed and are expecting a refund, you should get to work.