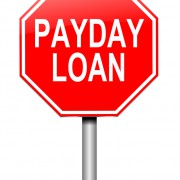 On September 10, 2013, the FTC shut down a Florida scam that bilked millions out of consumers in a phony payday loan collection scam. According to the FTC

. . . .defendants Fisher, Andre Keith Sanders, Pro Credit Group, LLC, and Sanders Legal Group, P.A. set up U.S.-based financial accounts for a call center operation based in India to unfairly collect payday loan debts from consumers who either did not owe them, or owed them to somebody else.  The operation’s callers used threats, lies, and abusive tactics to collect debts from consumers who had previously applied for or received loans from online payday loan companies and had supplied sensitive personal financial information that later found its way into the hands of those involved with the scam.

I’ve recently had clients getting debt collection calls/threats from an outfit allegedly out of Seattle Washington calling itself Mandatory Arbitration Services. From what I’ve been told, it appears that this debt collector is running a very similar scam on Kentucky residents.

Say no to Credit Pulls
Scroll to top