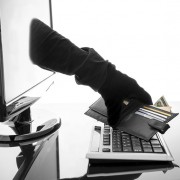 We can help you battle identity theft. We can walk you through the steps you need to take when you’re the victim of identity theft, including completing and filing an identity-theft affidavit, filing a police report, and putting a freeze on your credit report. We can and will sue the creditor reporting agencies and the furnishers of  information that have ruined your credit report and complicated your life.

An Abundance of Resources

There are lots of really good resources on the web for dealing with identity theft. The best is supplied by the government on the Fair Trade Commission website. The President’s Task Force on Identity Theft also has some good resources and information, which can be found here. Another helpful resource is located on the creditcards.com website. There are many other sites both good and bad as Google and Bing make clear.

Indeed, everything you need to battle identity theft can be found on the web. You can follow all of the proper steps on your own without our help or anyone else’s. But still the chances are fairly good that despite your best and greatest efforts problems will remain on your credit report. It comes down to the fact that the credit reporting agencies just don’t care about you. It often takes a lawsuit to get their attention and get them to do what’s right. That’s where we come in.

Tweets by @LawsonatLaw
Debt Validation and Dispute Letters under the FDCPA

How to Challenge a Garnishment in Kentucky
Scroll to top