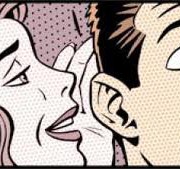 The broadcast prompted conservative sites like The Weekly Standard and others to warn that credit scores would have “big impact” on insurance premiums.

According to CNN the rumors are not true:

In fact, says Joanne Peters, an HHS spokeswoman, the application form does not ask for a credit score and at no point in the process are people’s credit scores accessed.

The TV station has since retracted the story.

Tweets by @LawsonatLaw
Another Article on Credit Reports and Jobs