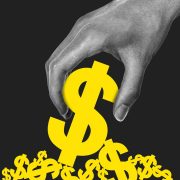 Chances are, you don’t even know who the heck Service Financial Company (“SFC”) is. SFC is an assumed name for the River City Adjustment Bureau, Inc. Does that clear it up of you? Didn’t think so.

SFC is in the business of buying defaulted car loans from buy-here-pay-here used car lots like Circus Auto and Autosmart II and suing to collect the underlying debt. If you’re reading this, it’s probably because SFC has sued you too. DO NOT LOSE HOPE. You can fight back. We can help you do so.

In order to obtain a deficiency judgment against you under the UCC, SFC has the affirmative burden of proving that it disposed of your vehicle in a commercially reasonable manner after repossessing it. This is where SFC is the most vulnerable.

In addition to challenging the reasonableness of the post-repossession sale of your car, we will examine the terms of the loan to make sure that it conforms to the Federal Truth in Lending Act (“TILA”). If there is a TILA violation, we will file a counterclaim on your behalf.

We will also look at what information, if any, concerning the underlying debt is being reported on your credit reports. If the information is wrong, we will work with you to develop claims against SFC under the Fair Credit Reporting Act and Kentucky’s Consumer Protection Act.

Most likely, you have been abused and ripped off by the car dealer. Because of difficulties qualifying for credit, you probably paid way over book value for a vehicle that has mechanical problems and paid an outrageous interest for the “privilege” of doing so. The car dealer set you up for failure. SFC is the vulture circling to pick your economic corpse to complete the cycle of abuse.

A few years ago, the L.A. Times published an excellent series of articles that explain how this vicious cycle works.

If the above sounds like something that’s happened to you, please

Or email me at james@kyconsumerlaw.com.

For a very reasonable fee, I can defend you in this lawsuit and give you a reasonable chance to win or have the suit against you dismissed.

Tweets by @LawsonatLaw
Have you been Sued by Mariner Finance, LLC?