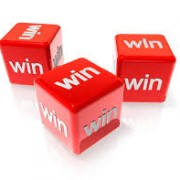 In a rare win for Kentucky consumers, the Kentucky Supreme Court denied discretionary review in the case of Acuff v. Wells Fargo Bank, N.A., which could prove to be a very important foreclosure case.

The facts of Acuff are fairly simple. The bank, Wells Fargo, filed a foreclosure complaint against the Acuffs. Wells Fargo attached a copy of the note to its complaint. The note included an allonge that included an indorsement in blank that would have the affect of turning the note into bearer paper. The Acuffs defended on several grounds, the most important of which here is that Wells Fargo lacked standing to bring suit. In particular, the Acuffs alleged that allonge “lacked any identifiable information connecting it to their note, such as the date of transfer, ‘property address, loan number, parcel identification number, or borrower’s name;’” and that Wells Fargo had failed to produce the original note in prior requests under the Real Estate Procedures Act (“RESPA”).

The trial court granted summary judgment to Wells Fargo. The Kentucky Court of Appeals reversed on grounds that Wells Fargo failed to meet its burden of proving that there was no genuine issue of material fact as to whether it had standing to bring suit at the inception of the case:

We must conclude that the evidence in the record, as it currently stands and viewed in the light most favorable to the Acuffs, is insufficient to establish whether Wells Fargo was the holder of the Acuffs‘ original note and thus, the real party in interest at the time the foreclosure action was filed.

Acuff v. Wells Fargo Bank, N.A., No. 2012-CA-001221-MR, 2014 WL 1873503, at *5 (Ky. Ct. App. May 9, 2014), reh’g denied (Sept. 2, 2014) (bolding and underlining added).
The Acuff Court concluded that reversal was required because Wells Fargo failed to produce the original note and because  “the blank endorsement on the note is contained on a separate page, not numbered in correspondence to the note itself, and contains no identifying information that establishes that it is indeed related to the note.”
Acuff makes clear that, in order to have standing to bring a foreclosure action, the plaintiff must be a holder of the note at the time suit is filed and this includes a requirement that the plaintiff has possession of the original note at the time suit was filed. This means that acquiring the original note after bringing suit will not cure any standing issues that were present when suit was filed.
Acuff’s discussion of Stevenson v. Bank of America, 359 S.W.3d 466 (Ky. App. 2011) is also important because it reinforces Kentucky’s common-law rule that the mortgage follows the note and the mere possession of a mortgage, without the underlying note, does not give a party standing to foreclose.