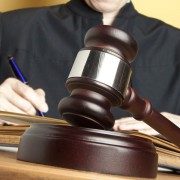 The borrowing statute provides that

The key to triggering to Kentucky’s borrowing statute is accrual of a cause of action in a in another jurisdiction. When an “injury is purely economic,” which is the case with a defaulted credit card account, “the place of injury, and therefore the place of accrual of the action, may be where the economic impact of the defendant’s conduct is felt, which is usually the plaintiff’s place of residence.” 51 Am. Jur. 2d Limitation of Actions § 91 (Updated Aug. 2014). This is the general rule, which the Kentucky Supreme Court recently adopted in Abel v. Austin, 411 S.W.3d 728 (Ky. 2013).

Two party store charge cards that can only be used at one particular store are subject to a four-year statute of limitations under KRS 355.2-725.

If a debt collector has tried to collect a debt from you that is barred by the statute of limitations, threatened to sue, or has sued you to collect a time-barred debt,this is illegal and can be stopped. PLEASE call or email at your earliest convenience. I may be able to help you at no cost to you.

Remove Judgments from your Credit Report
Scroll to top